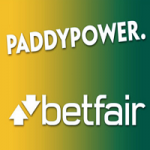 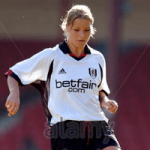 Leading online sportsbook, Betfair has announced a record summer for betting on women’s sports. The popularity of women’s sports, in particular women’s football, has been on the rise over the last couple of years, so much so that Betfair sportsbook has been able to announce that 50,000 customers have been trading on major sporting events.

One of the most popular sporting bets in women’s sport at Betfair has been the UEFA Women’s European Championship. Prior to the England Lionesses’’ defeat to hosts Holland, over £30m had been wagered on women’s football matches at the tournament. A cool £6m of that had been staked by fans of the Lionesses alone, with a hefty £2.5m of that take on England’s top-quality victory of France in the quarter-finals. Prior to their elimination at the hands of the Dutch, Betfair were privately hoping that the final of the women’s competition might actually see the record created at the 2015 FIFA Women’s World Cup broken by fans of the England women’s national team.

Football isn’t the only big spending women’s sport over at Betfair right now, though. The women’s cricket world cup has also attracted quite a lot of attention. Last weekend, over £40m was traded when England defeated India to win the final.

With both events now over, many are predicting a slight lull in the takings of women’s sports. The national women’s football league in England just doesn’t gather the same kind of attention as the Premier League, which returns to action this weekend. Don’t feel bad for Betfair, though; they will certainly be making a killing from the opening weekend of the domestic men’s football league. New Customers Only. 18+. T&Cs Apply