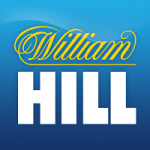 William Hill has announced that they have recruited a new CFO (Chief Financial Officer), as the spot was filled by the incoming Ruth Prior. Prior will start her task this week, despite initially being headhunted by the major UK sportsbook over six months ago. William Hill began their search for a new chief financial officer over a year ago, although in March the sportsbook and betting giant announced that it had successfully headhunted Prior from WorldPay. Whilst there, she was the Chief Operations Officer and Deputy Chief Financial Officer from 2013 until last week.

Who is Ruth Prior?

Ruth Prior joins the team with a wealth of experience and leadership skills behind her. She is widely regarded as an excellent finance executive in the entertainment and technology industry. Now she will be tested by being placed in charge of the betting company’s controller ship and treasury sectors. Prior’s immediate job will be to stabilize the position in the UK market, which has been in decline of late. She will also be tasked with turning around its international popularity and working with its Openbet platform.

A renaissance for William Hill

Prior’s main objectives will be to create something of a renaissance over at William Hill, with the high-street bookie only now just managing to turn around the bad run of form in their digital divisions. Prior to her arrival, William Hill announced an 11% decline in profits for the first period of 2017. The bookie has also hired a new Chief Executive Officer (CEO) in Philip Bowcock, to bring in further investors, and showcase what the company can offer in the online gambling industry. Things certainly seem to be changing over at William Hill sportsbook, but will filling the managerial posts be enough to see them climb back up the sportsbook pyramid? The future appears bright for now at least.

William Hill is still regarded as one of Britain’s leading high-street bookies and online sportsbooks. If you choose to sign up and play with the new-look William Hill today, you can claim a £30 free bet when you deposit and spend a tenner as a new player, today.