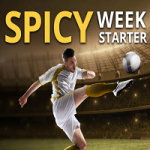 LVbet Sportsbook offers good bonuses for fans of sports betting within the week. There are two promotions that are offered on a regular basis: the Acca Boost and the Weekly Starter Bonus. In addition, there are current awards for the Australia Open 2018 and the Euro Handball Bonus. All offers are now available in addition to a Welcome Bonus for new LVbet Sports players. Join now and you have a action-packed week.

Euro Handball Bonus: You can redeem to the start of the 2018 European Men’s Handball Championship a special 50% Reload Bonus up to £50. To claim this offer you have to go to the deposit page and click on the EURO HANDBALL BONUS. Make sure to do this before making your deposit. This bonus is available once until the 28th of January. Your deposit and bonus must be wagered 5x on bets with odds of minimum 1.80, before withdrawals can be made. Note, only combi bets which include 2 selections with minimum odds of 1.25 each count towards wagering requirements.

Sign Up Bonus: As a new player in LVbet Sportsbook you qualify to redeem a 10% bonus up to £100. The minimum deposit is £10. If you want to play at LVbet Casino, you’ll even get a much better present. You can get a total of £800 in bonuses and 1000 free spins. Bonuses and free spins are activated via your earliest 4 deposits. Check these top bonus offers in LVbet, they guarantee you a nice advantage as a new player! 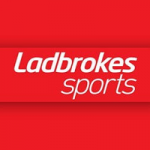 Ladbrokes Coral is set to take their claim against a £70m tax avoidance dispute to the UK Court of Appeal. The Second highest UK court of law is set to receive the claim later this week, in the latest part of an ongoing saga which stems back to 2000. HMRC (UK Revenue and Customs) had previously charged Ladbrokes in 2008 with “exploiting a tax loophole relating to loans between corporations and third parties” in a bid to reduce the popular UK bookie’s tax bill over the course of the year.

It was a scheme put forward by Deloitte, the famous accountancy firm, who told their partners to create “transacting subsidiaries” to move corporate tax charges into a single loss generating figure. HMRC claims that Ladbrokes suffered no actual losses during the first period of 2008 and that they used a loophole to avoid paying corporate taxes. Ordinarily, this sort of thing may have been found in Ladbrokes favour, but HMRC is adamant that since 9 other businesses used the same loophole, and all have since pleaded guilty to the scheme, Ladbrokes will surely be no exception.

Defeat at the UK Tribunal Court

Ladbrokes claim that although they did indeed use a loophole to avoid paying corporate tax, its operations were legal in a court of law and that its operations did not breach any existing anti-avoidance rules or regulations. The case continues.

Since merging with Coral, Ladbrokes Coral (as they are now known) has gone to become one of the largest and most successful gambling enterprises in the UK. Join Ladbrokes today to claim a £20 in free bets when you deposit a fiver into your account as a new player.