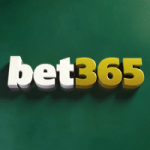 Bet365 has announced that has broken all previous records for revenue for an online sportsbook, by bringing in over £2 billion in revenue over the course of the year. After filing the corporate accounts for 2016/2017, the UK sportsbook announced that is has surpassed its previous record of £1.6 billion for 2015/2016. Based in Stoke-on-Trent, Bet365 is considered by many to be the leading sportsbook not just in the UK but the world, and figures like these will surely back up that claim.

The European Championship plays its part

One of the biggest sources of revenue for the UK sportsbook over the last year has been the European Championship. UEFA Euro 2016 was a stuttering disappointment for the England football team, but it was an exciting time for the bookie, who managed to pull hundreds of millions of pounds in bets. In fact, the current figures record that betting figures topped £46 billion over 2016/2017, although they do admit that the drop in the value of the pound certainly helped.

Following the rather impressive performance over the year, Bet365 is likely to expand its business even further. The empire they are building knows no bounds, and Bet365 has already approved construction of am £8m Etruria Valley Training Centre, where it aims to train employees to work in its companies. Bet365 have also invested in their Manchester Spring Gardens Centre, which focuses on tech development and engineering, in a bid to snap up the hottest young talents and minds in the gambling sector.

Joint the rising empire that is Bet365

With an empire growing as rapidly and as impressively as this, every punter is going to want to join the action. Bet365 Sports willing accepts new players, and they are prepared to offer you sizable bonuses for joining them, too. Registering as a new player over at Bet365 today can see you claim £100 in free credits once you deposit and start playing as a newbie, not to mention countless other special promos on football, cricket, rugby, tennis, F1, and all your other favorite sports.