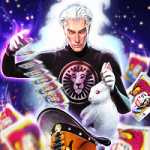 There’s a brand new online slot machine ready to be played at Leo Vegas and it’s one full of big winning potential. Fuga Technologies are the software giants behind the Mr Illusio slot machine and it’s packed to the brim with edge of your seat excitement and plenty of features. But what makes this slot machine so special? Take a look at what Mr Illusio has to offer and try for free at Leo Vegas today.

Prepare to be amazed 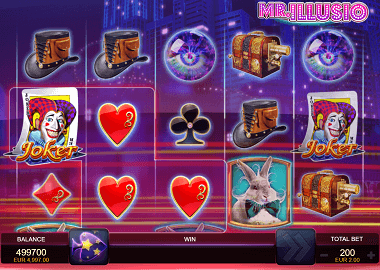 Mr Illusio slot machine is an online magic show that will amaze its players through a variety of features. This 5 reel, 20 win line setup features a magician who is waiting to wow you with an army of magic shows and big wins. Bets will cater to both styles of players, as low limit stakes start at a reasonable 20p a spin and can be adjusted to a high roller stake of £100 a spin.

Symbols on the reels are typical examples of what you would find within a magic show; chests, crystal balls, white rabbits, magicians hats, card patterns, a joker card plus Mr Illusio – the magician himself.

The highest paying symbol during the base game is the white rabbit, stumbling across a wine line full will award the highest payout of 500x your stake – but there’s even more to be won during the bonus feature. Mr Illusio can award as much as 2,480x your total bet – that’s big bucks for low limit and high stakes players.

Keep your eyes peeled for the joker symbol (wild), as this cheesy-grinned character can substitute for all other symbols (bar Mr Illusio and free spins symbols) to create a winning combination. The joker symbol triggers randomly ad all jokers on the reels are duplicated  on positions to the right of them, but when jokers fall on the 5th reel, they create duplicate symbols on the 1st reel, which can create colossal payouts.

Now, Mr Illusio featured on the top row will start a transformation, this sees himself and all suit symbols being turned into the same symbol (bar joker or free spins). Mr Illusio on the second  row will trigger a Spawn Resin; this sees the symbols on the left of the magician, spawned to all positions on the 1st and 2nd reels before a re-spin is awarded. Mr Illusio on the bottom row will start 3 super joker re-spins. The first re-spin will see the third reel full of jokers, the second re-spin will see reels three and four full of jokers and on the final re-spin; reels three, four and five will feature the jokers.

Landing the free spins symbols on reels 1, 3 and 5 will activate the free spins feature. Players will get to choose one of the crystal ball symbols to reveal the number of free spins awarded. Five to ten free spins with multipliers of between 2x and 10x will be triggered. When a joker spins into view during free spins, it will be held in place until it completes at least one winning combination – this is where big wins can be achieved too.