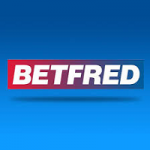 One of the United Kingdom’s most famous bookmakers is set to remove itself from the horse-racing industry, following a series of rows. Celebrating its fiftieth anniversary this year, it seemed impossible early in the spring that Betfred would part ways with an industry that has helped it make its name, but that appears to be the case just six months later, as we move into autumn.

How the mighty have fallen

Betfred will effectively end all forms of sponsorship with the horse racing industry, as well as close its trackside betting windows. The move comes after the founder Fred Done said that the company would pull their association with horse racing, due to it being broken. Their current deal is scheduled to end in July 2018, and Betfred has no plans to renew it. As many as 49 out of 51 trackside betting shops will cease to operate, and Betfred will pull out of sponsorship deals for over 600 races, worth £6 million. The company will continue to sponsor Ascot (a new deal was signed just this year) and Chelmsford, as the latter is owned by the company.

The radical move comes following a breakdown between UK racing stakeholders and UK bookmakers. Betfred won the rights to offer tote betting back in 2011, but the rapid deterioration of relations, and the UK racing stakeholders decision to host their own totes have been the final straw. Financial arguments over racing levies, larger shares of revenue return and a UK Government imposed 10% charge on race betting revenue are also believed to have played a part.

Enjoy other sports with Betfred! Not to worry, though. Betfred will still be offering top deals on all your favorite sports and horse races online. If you aren’t yet a member, you can join today. The online sportsbook is offering all players the chance to sign up and play with them. In so doing, players can claim a £200 welcome bonus on the very first deposit they make as a new player.