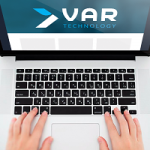 VAR Technology – what about it?

Video Assistant Referee Technology, or VAR Technology, is to be used during the FA Cup tie between Brighton and Crystal Palace on the 8th January 2018, but what is it and why is it needed? Like Rugby, football will know have a video assistant referee to make decisions on the ground a little simpler. Arsenal would have loved to have had VAR technology at their recent game against West Bromwich Albion, which ended a controversial 1-1. The referee made a poor decision to award West Bromwich Albion a penalty, because Calum Chambers had no time to react and move his arm out of the way. Incidents like this will go without a hitch, when a video referee can jump in and take a look at the footage for himself.

Crystal Palace will head to Brighton on Monday and roughly 70 miles away, a video assistant referee will be sitting in front of numerous television screens, monitoring the game and any problems that may crop up. This isn’t the only game that will have this technology, as it is being introduced for the following Caraboa Cup semi final matches;

You won’t want to miss out on some great odds in the Caraboa Cup at Betfair Sports, check them out here.

This isn’t the first time that video assistant referee technology has been used, because it was also used for England’s friendly against Germany and Brazil in November 2017, but it wasn’t needed due to no controversial decisions being made.

What can it be used for? 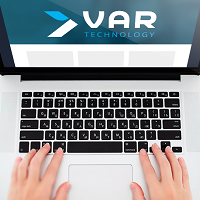 When it comes to video assistant referees, the international Association Board says that VAR’s are only to be used, to correct clear errors and for missed serious incidents. There are four areas within a football match that can utilize this technology; penalties, goals, mistaken identity and sendings-off.

In our opinion, the accuracy of any football match is vital, so having a video assistant referee is great, but there are some that say that incorrect calls are part and parcel of the game. But, during the West Bromwich Albion and Arsenal clash, a punter lost out on almost  £25,000 in cash, after his bet fell when the referee awarded a silly penalty to the Baggies – I’m sure this punter wasn’t too happy with the ref and would’ve welcomed VAR technology decisions.