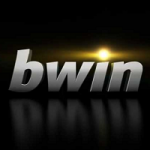 Any lover of Serie A and Italian football, in general, will be well aware that Italy’s top-flight and football association will be aware that Italian clubs have a fraught history with gambling companies. It was only a decade or so ago that Juventus were relegated down a division following their match-fixing scandal, with a few other clubs also hit in that saga. However, none of that seems to be a problem for Inter Milan, who have chosen to sign a deal with one of the UK’s top sportsbooks in defiance of the previous club ban on gambling enterprises.

FC Internazionale (as they are known at home) have just signed a multi-year sponsorship agreement with Bwin, which should run until 2020. The terms of the agreement will see the UK sportsbook able to advertise their brand around the San Siro stadium, the home of Inter Milan as well as cross-city rivals, AC Milan.

Special match-day bets will also be present on Bwin’s sportsbook because of the deal, which is sure to excite UK football fans who happen to be signed up at the sportsbook. Inter Milan now join Real Madrid and FC Bayern München as partners with Bwin. The former owner of Inter (Massimo Moratti) had no interest in gambling deals and was widely regarded as being anti-gambling in nature. Now that the Nusantara Sports Ventures group from Hong Kong have snapped up the football club, the deal can go ahead.

Given that Inter Milan is now open for major UK sportsbooks and businesses to invest, it is no surprise that Bwin has come calling. As one of the most active of UK sportsbooks involved in the football world, the ability to offer their services and be linked with another major Italian club (alongside Juventus and AC Milan) is a major lure for them, with Bwin also heavily linked with the English powerhouses, Manchester United as an official sponsor.