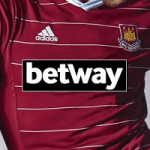 It is certainly not uncommon to find some of the United Kingdom’s leading online sportsbooks and betting shops doing sponsorship deals with a host of the country’s leading football clubs. After all, many of the Premier League and Championship’s more noticeable and famous teams have such deals, if not on their shirts, then on advertising hoardings around the stadium. Leading UK sportsbook Betway has gone one further this week, after announcing a deal with a leading German football club, Werder Bremen.

True, Werder Bremen is not Bayern München or Borussia Dortmund, but the 4-time Bundesliga champions are certainly no slouches in the German football league, either. The new deal sees the UK sportsbook expand its already impressive portfolio after they previously agreed to sponsor a host of 2. Bundesliga clubs, including Dynamo Dresden, Eintracht Braunschweig, St. Pauli, and Union Berlin. With the new Bundesliga season due to kick-off in a matter of days, this is a very exciting time for the online sportsbook.

Betway keeps up their presence in the football world

As well as sponsoring a number of Bundesliga and 2. Bundesliga clubs, Betway have also done deals in the Belgian League. They are now the main sponsor of the Croky Cup (Belgian Cup), as well as the champions of the Belgian Jupiler League, RSC Anderlecht – a major coup for one of the UK’s smaller sportsbooks. The sportsbook giants are also currently the main sponsor of English Premier League side, West Ham United. The 4-0 battering the Hammers received at the hands of Manchester United last weekend gained coverage around the world, no doubt boosting the popularity of the sportsbook even further.

If playing Betway suddenly sounds appealing, the online sportsbook has a great offer to throw your way to sweeten the deal. Betway is currently offering all new players the chance to claim a welcome bonus worth up to £30 when they sign up and deposit as a new player today.