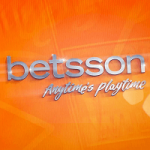 Most major UK sports books who report over 10% growth would consider themselves having a rather good year – not Betsson, though! The top notch UK online bookie is not happy with quarterly growth, despite recording growth of 11% during that period. “It’s all NetPlay’s fault”  According to Chief Executive Officer (CEO) Pontus Lindwall, the popular UK sports book’s 11% growth rate is “unsatisfactory”, and he knows well who to blame.

Betsson have thus far laid the blame at a lack of investment and development from NetPlay, the UK operator who acquired the sportsbook in April. This is something that NetPlay have denied, although both parties claim that they already have measures in place to develop the sportsbook further, thus rectifying the issue. That hasn’t stopped Betsson coming out on the attack, though.

The figures: At the same time as the 11% growth was reported, there is an apparent 21% decline in operating income. The drop in the pound sterling (no doubt due to Brexit) is thought to impact that, as have increased taxes for betting companies, and the lack of investment from NetPlay. Throughout other parts of Europe, the sports bookie managed to claim to 63% growth. The UK sector has seen as 16% increase in customer deposits, and a 31% rise in the number of UK players registering at the online sportsbook.

Betsson is a rising force in the UK

Betsson is aiming to ramp up its UK operators in time for the next FIFA World Cup, due to be held in Russia next summer. A new mobile sportsbook is planned for UK players, and it should first come online in the fourth quarter this week. New front-end framework for their online sportsbook and apps is also being planned.

Many UK players are now getting involved in wagering on their favorite sports at Betsson. If you want to join in the fun over at this rising star, then you need to play at Betsson and register as a newbie today. All new players who choose to make Betsson their home for online sports betting and deposit £25 into their accounts will get a free £50 bet right now.